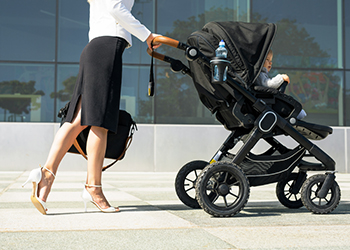 are laws in the United States to protect workers from discrimination. However, many companies still discriminate against workers for their race, age, disability, gender, religion, sexual orientation, etc. Others may be discriminated against because they are single mothers. This is illegal and grossly unfair. Contact our Chicago employment discrimination lawyer for immediate legal assistance if it happens to you.

Why Do Employers Discriminate Against Single Mothers?

Single mothers are usually hard workers just trying to make ends meet for their children without a partner to assist them. However, employers may see a single mother as needing to be more sufficiently dedicated to their work. Or, the company may take a dim view of the mother taking off work to take care of their children and take them to school.

Whatever the reasons for discriminating against single mothers, this is against the law in Illinois. Talk to a Chicago employment discrimination lawyer if you suspect you are being discriminated against.

Examples Of Discrimination Against Single Mothers

Discrimination against single mothers can take many forms, including:

●        Not getting a raise or promotion because you have children

●        Lying about your job performance to justify firing you

Single parents are not a protected class under federal law specifically. However, the employer cannot ask you if you are married during a job interview. They also may not ask if you have children or if you will have more in the future, then base whether you get the job on your answer.

While filing a lawsuit against your employer for mistreating you as a single mother is challenging, there are ways to make the case stick. For example, your supervisors or co-workers may make negative comments that you are late to work because of your children. Or, you may hear criticism that you do not look as good after pregnancy as you did before. In the latter case, this could be filed as a sexual harassment case.

The Pregnancy Discrimination Act of 1978 offers protection to pregnant women. It does so by expanding discrimination protections based on your sex to include matters related to pregnancy. So, you cannot be let go from your job because you have a child. Also, your company must provide reasonable accommodations for your pregnancy.

What To Do If You Are Being Discriminated Against

If you think you are being discriminated against for being a single mother, you should detail the case in writing. For example, if someone gets a promotion that you were supposed to get, this should be detailed in writing. Your attorney will investigate the matter to determine if discrimination was a factor.

Being Discriminated Against At Work? Call A Chicago Employment Discrimination Lawyer

Many single mothers work hard and care for their children. However, employers sometimes take advantage of them by unfairly denying them raises and promotions. If this has happened to you, our Chicago employment discrimination lawyers can help you. Please contact the Law Office Of Michael T. Smith & Associates at (847) 750-3851.

I Was Fired For Taking Care Of Sick Wife What Are My Rights What Protects Single Mothers From Workplace Discrimination? Are Union Organizers Protected In Illinois? Illinois Pregnancy Laws That Employers Must Follow