Can an Employer Specify a Preferred Gender When Hiring 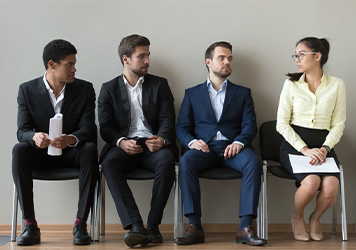 Certain positions seem ideal for a specific gender, but as the LGBTQ community gains traction, role reversals have become common, and sex discrimination is frowned upon. However, when people still think of a nanny or babysitter, a female one is the first image that comes to mind. But if a man applies to be a babysitter, can their employers deny them those jobs legally?

What is the Bona Fide Occupational Qualification?

The answer is a tentative yes, i.e., in certain circumstances. A Chicago sex discrimination lawyer will tell you that the key to hiring a single gender for a specific role lies in your ability to prove that gender is the only one capable of the job. This clause is called the Bona Fide Occupational Qualification (BFOQ).

You can choose a specific gender for a job in extremely narrow circumstances. As per Title VII, it is illegal to discriminate against employees in the workplace based on their gender unless the employer can prove that the position is a BFOQ and that specific gender is vital for it. For example, you may require a woman to work as a bathroom attendant in a woman's bathroom or models to showcase bikinis on the runway.

Before using this clause to prove their intention, employers should determine whether they mistakenly or unknowingly participate in sex discrimination. A Chicago sex discrimination lawyer can help them ensure their stance before they develop advertising material for the position.

Some employers can toe the line. For instance, some airlines refuse to hire male flight attendants even though they are just as capable of performing those duties. Similarly, few people think a man should be employed as a Hooters server. The brand's desire to hire only a specific type of female staff attracted some attention from the Equal Employment Opportunity Commission in the late ‘90s.

The EEOC argued that since Hooters' primary function was providing food for paying customers, it should have no qualms about hiring male servers as they could do the job just as well. By refusing, the brand essentially said its main draw was sexual entertainment. The lawsuit resulted in a more than $3 million settlement and the agreement to hire men in eligible positions such as hosts and bartenders.

The lawsuit highlights that the BFOQ exception is tricky to implement in situations or for professions requiring a specific gender. The main attraction of Hooters is that people get attractive, model-esque servers to take their orders and bring their food to them. Even though their customers prefer those servers, the EEOC does not see them as essential for performing that job. It is sex discrimination in their eyes.

Contact The Law Off Of Michael T. Smith & Associates For A Consultation Today!

If you or someone you know is facing sex discrimination at work, contact a Chicago sex discrimination lawyer at the Law Off Of Michael T. Smith & Associates for a consultation today. With his experience working at the Illinois Department of Children and Family Services, Michael T. Smith is the go-to employment attorney for residents of Schaumburg, IL. With his team's support, he can develop a legal strategy to ensure you get the maximum compensation you deserve.